How’s it going folks? I know it has been a white since San Francisco has heard from the Phoria team, but do not fret. We have all been busy bees working hard to find the right DJs to showcase to the trance fans of San Francisco. If you haven’t already seen the Phoria Newsletter or seen some of our exciting post on social media, then you can catch it all here!!!

The good folk’s at Anjunabeats will be taking the stage again at Ruby Skye on March 5th. This isn’t going to be a night with just one of the Anjuna guys, but four DJs from Above & Beyond’s label will be taking the main stage that Saturday night. The massive lineup includes American progressive DJ Andrew Bayer, with London’s own ilan Bluestone ready to take fans on a lucid dream, while Scottish native Grum adds to the feels with his melodic sounds and LA’s own Jason Ross bringing the Cali style with his progressive infused trance. With such a diverse lineup, everyone in attendance will get their fill of electronic music. 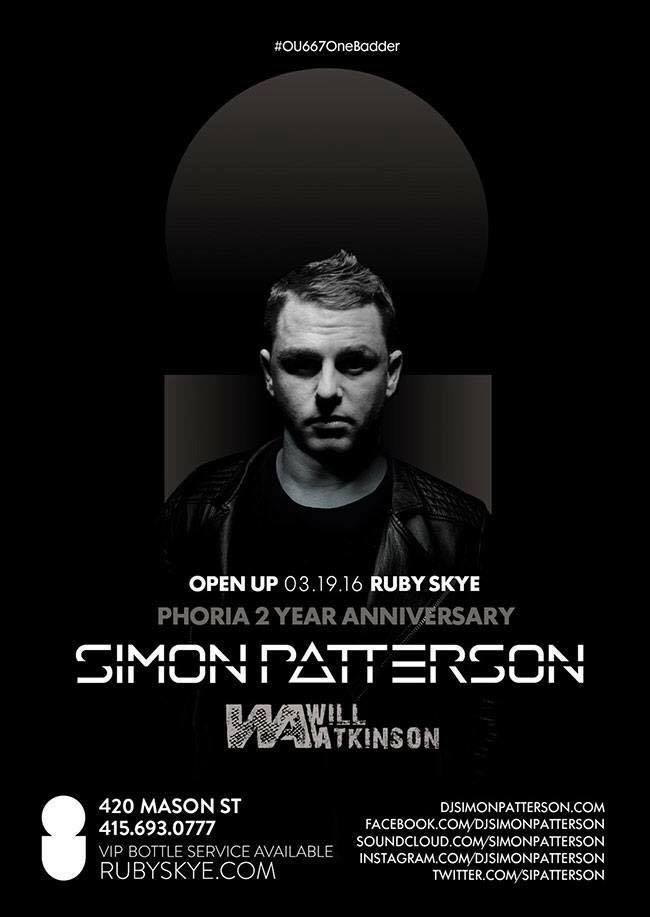 Then, a few weeks later, you are cordially invited to Phoria’s 2 Year Anniversary Party with Simon Patterson and Will Atkinson. Patterson has been a frequent flyer here at the Phoria’s party, so it would only be right for us to invite him to the stage for our 2nd birthday! Nothing says a celebration of birth like the igniting, psychedelic sounds of Simon (freakin’) Patterson. However, don’t let your excitement for Mr. Patterson detour you away from Will Atkinson. Whereas Patterson is the main course, Atkinson will be the right feed-your-hunger-but-won’t-make-you-too-full appetizer for the night. Be careful to not fill up on all of the tech-trance  that Atkinson will dish out . . . Or you can. We don’t judge on trance gluttony here at Phoria. 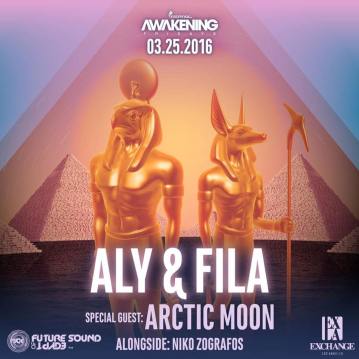 On Friday, March 25th, Insomniac will be presenting another epic night of trance music at the iconic Exchange in Los Angeles. Aly & Fila will be headlining Awakening as our very own Niko Zografos kicks starts the night. I know that this show isn’t in San Francisco, but that doesn’t mean you shouldn’t go visit Mr. Phoria as he joins the stage with Egyptian legend’s of trance and Polish epic trance bad-boy Arctic Moon. The boss man is happy to return to decks in Southern California, and so are we.

Those are just some of the shows that are approaching in March. If you have had a great year with Phoria, make sure you come out March 19th to celebrate our 2 year anniversary with us! Everyone had blast at our One Year Anniversary Party, and it’s going to be a ball again this year.

Just a heads up, April will also be a packed month as Ben Gold, Protoculture, Luke Bond, Orjan Nilsen and Kristina Sky will be joining us for some good ole San Francisco fun. Be prepared! If you would like to find out more, make sure to check out our upcoming events on the Phoria Facebook Event page.